(Admin. note: Bill Gilpin sends along these photos, mostly from the book by Donald D. Hood mentioned below, from the collection of Joachim Thiel, and some images from the Internet. The final two photos are mockups Bill designed himself of kits that Eaglewall “could have made.”) As Bill wrote in a comment on an earlier Eaglewall post, “The models originated at Vulcan Foundry in Dorking, England, but became Eagle Models when they were backed by the Eagle comic. They then became Eaglewall when they were also subsidised by Wall’s ice cream! The advantage of this was that, apart from toy & model shops, the models were also sold in newsagents and confectionists!” 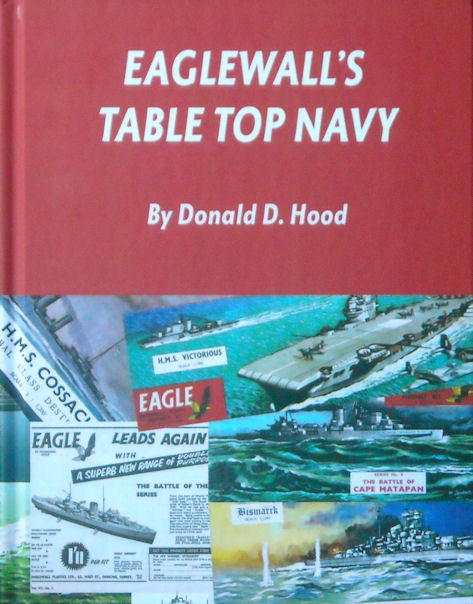 The box art got better and better. 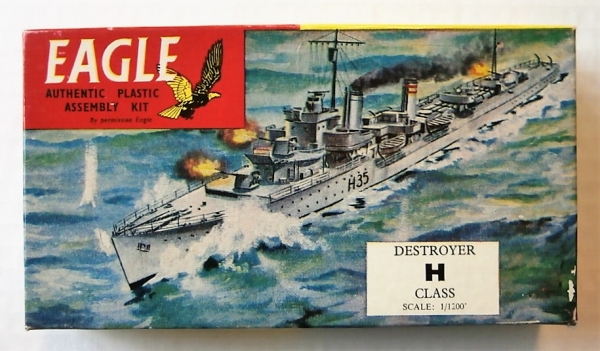 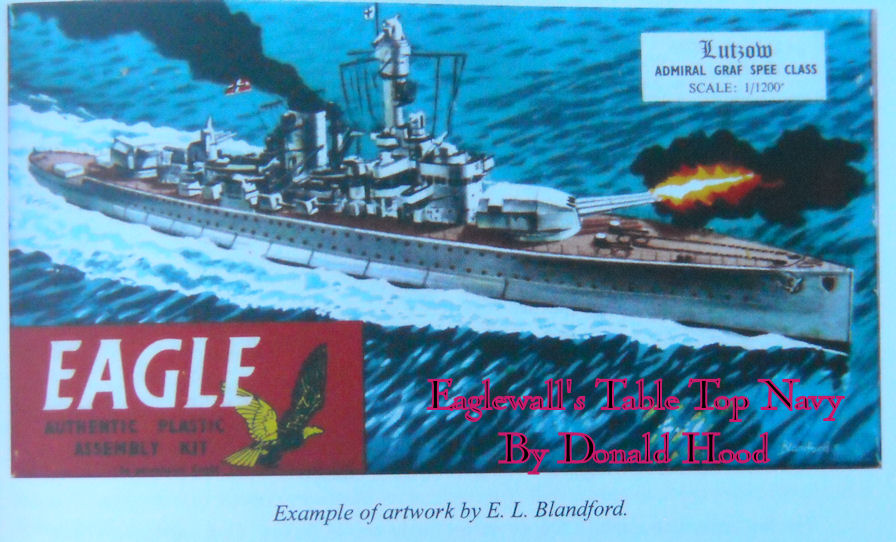 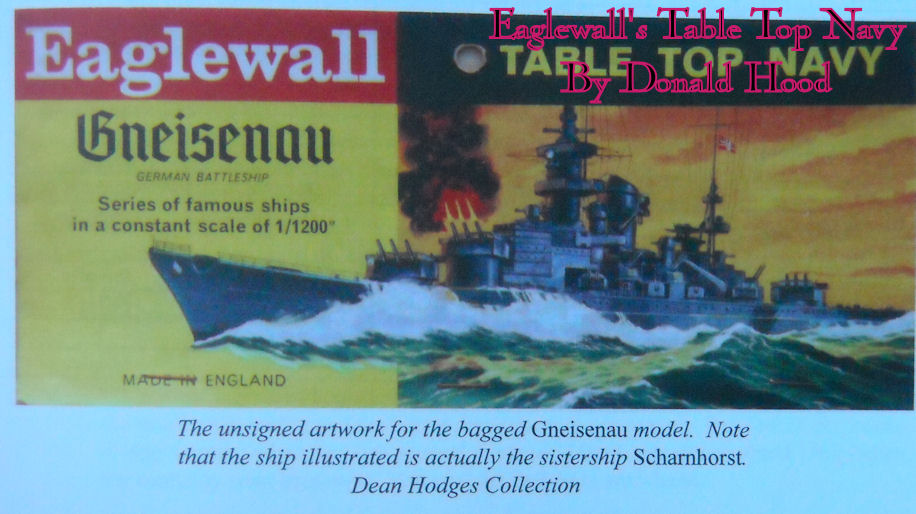 The last ever Eagle model – in a poly bag with paper header. 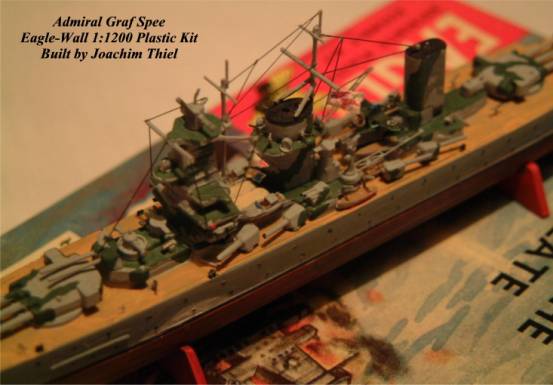 The kits had a separate, underwater hull section so that they could be built as full hull or waterline models.
These beautiful, full hull Eagle models are the work of German expert model maker Joachim Thiel.
Graf Spee with dummy second funnel! 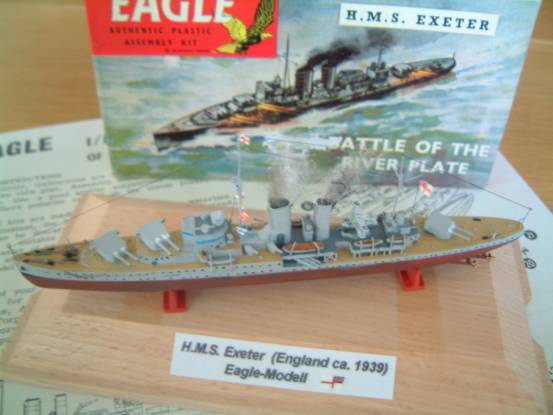 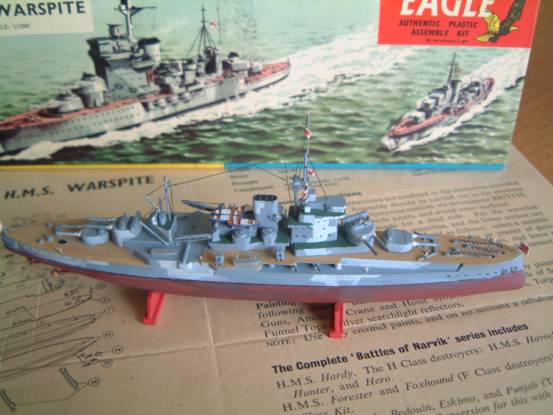 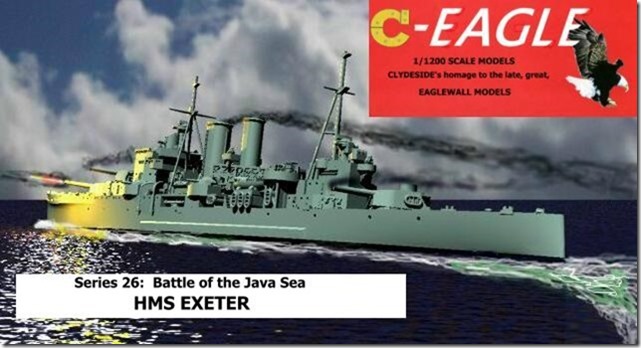 Finally, having learned the new, dark art of CAD for future Clydeside Models, I couldn’t resist a bit of fantasy box art graphics for the models Eaglewall could have made had they survived. I named them C-Eagles (C for Clydeside) to avoid confusion – and possible litigation! 🙂 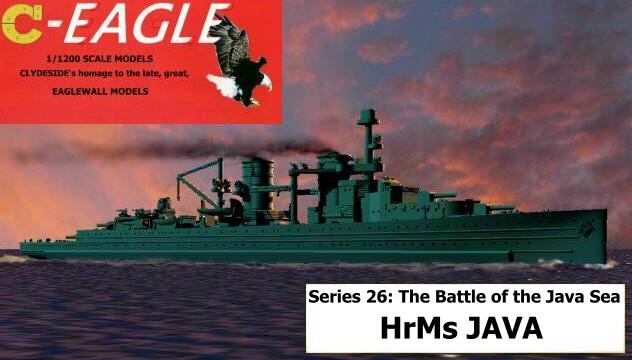