The chess board as the ultimate portable wargame

Wargaming on a chessboard combines the advantages of playing on a small space, portability, and using a grid.  Some special rules are needed to avoid confusion.  For example, no diagonal movements are allowed.  One-Hour Wargames rules lend themselves to a chessboard because they involve a small number of units (three to six units per side). Only four types of units are available for each era, which helps to avoid confusion on a small surface.

If you decide to give this a try, I suggest you only include one or two small pieces of terrain.  Trees mounted on small squares work nicely. Position them somewhere in the center of the board to disrupt movement.  My figures are chess pieces: mounted knights (two per side), foot knights (two per side), and archers (one per side).  These are well-sculpted figures bought as replacement chess pieces online. Instead of random deployment, I line up each side on the opposite edges of the board then use a single d6 and event cards to drive the play of the game.  Hit counts are recorded on notepaper. The pieces, die, cards, and notebook fit easily into a cigar box.

My opponent will advance but will also always opt for a defensive formation.  Mounted knights will guard the foot knights and the archer will try to stay out of danger while still being able to defend the other units.

My side is the attacker.  You might think a game with only 10 units in play will quickly become predictable, but I have not found this to be the case.  The die could allow you to sweep in for a devastating flank attack, or it could mire your units down when they should be dodging out of harm’s way.  You can vary the layout by moving terrain or changing the starting squares of the units. 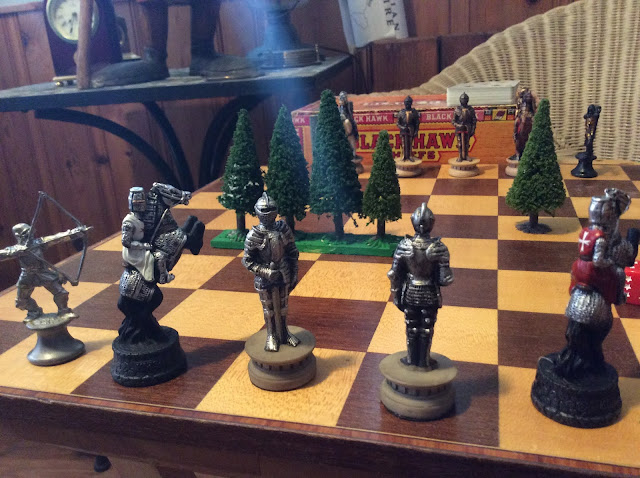 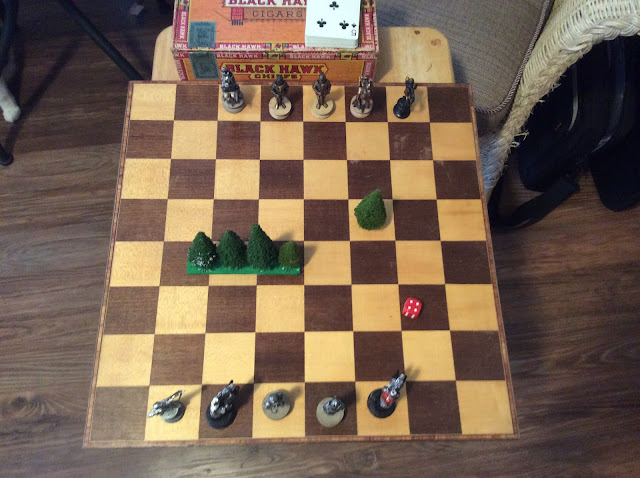 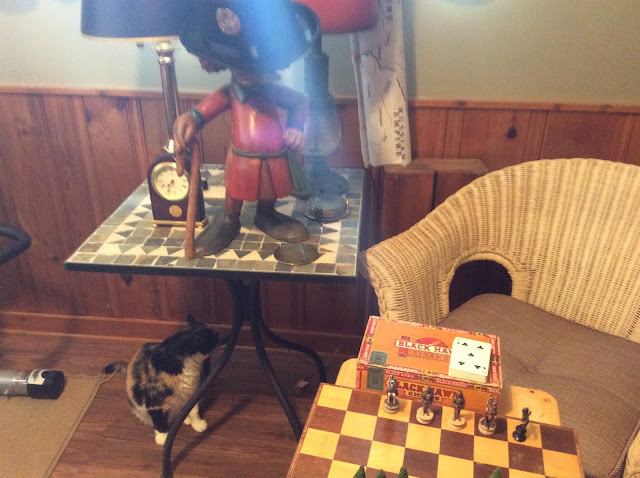 As a semi-retired professor, I have time to indulge myself with hobbies. Solo wargaming with 54mm figures using One Hour Wargame (OHW) rules and an expanded card deck is my style of play. https://rohrerj.blogspot.com/
View all posts by jimr →
This entry was posted in Periods - Medieval, Wargaming. Bookmark the permalink.

5 Responses to The chess board as the ultimate portable wargame